All eyes on Royal Aberdeen for The 123rd Amateur Championship

All eyes on Royal Aberdeen for The 123rd Amateur Championship

Golfers from 38 countries across Europe, Asia-Pacific, Africa and the Americas will tee it up at Royal Aberdeen and Murcar Links when The 123rd Amateur Championship takes place there for the first time from 18-23 June 2018.

England’s Harry Ellis won the title last year in dramatic fashion, battling back from four holes down with five to play in the 36-hole final at Royal St George’s. As a result of his victory, Ellis played in The Open at Royal Birkdale, took part in the 2018 Masters Tournament and will shortly head to Shinnecock Hills for this year’s US Open. That commitment will prevent Ellis from defending his Amateur title in Aberdeen but an impressive list boasting some of the best in the amateur game are ready to etch their name in history and grasp the career changing opportunities that go to the winner.

One player who knows how valuable those opportunities are is 2002 champion Alejandro Larrazabal, who will be competing at Royal Aberdeen as a reinstated amateur. Norway’s Victor Hovland is the highest-ranked player in the field at 5th in the World Amateur Golf RankingTM (WAGRTM). The 21-year-old plays college golf at Oklahoma State in the United States and moved into the top ten in March after winning the Valspar Collegiate.

Just behind Hovland in the ranking and also set for Aberdeen is England’s Matthew Jordan (6th). The 2017 GB&I Walker Cup player solidified his position amongst the elite of amateur golf by capturing the Lytham Trophy with a nine-shot victory at the beginning of May. The Royal Liverpool member will be eager to make it a hat-trick of English winners and follow in the footsteps of his Walker Cup teammates Ellis and Scott Gregory, who lifted the trophy in 2016 at Royal Porthcawl.

Jordan was also recently named in a 20-man Great Britain and Ireland squad in preparation for the 2018 St Andrews Trophy match against the Continent of Europe at Linna Golf in Finland in July. Selected alongside him and set to tee it up in The Amateur is Scotland’s Sam Locke who will look to use home advantage to become the first Scottish champion since Bradley Neil defeated Zander Lombard in the final at Royal Portrush in 2014.

Locke, the current Scottish Amateur champion, plays out of nearby Stonehaven Golf Club and will be targeting a top finish in front of a local crowd.
Sandy Scott from Nairn returns to his homeland to play his part in Aberdeen. Progressing through a golf scholarship at Texas Tech University, the former Scottish Golf 2015 Boys Order of Merit winner qualified for the Scottish Open at Dundonald Links last July. He will be looking to go one better and book his place at The Open with a win at Royal Aberdeen come Saturday evening.

Defeated 2018 finalist Dylan Perry returns to The Amateur Championship for another shot at the title. The Australian, who is ranked 20th in the world, came agonisingly close to lifting the trophy after surrendering a four hole lead to Ellis last year.

A strong group from the Asia-Pacific region will join Perry including top-ranked countrymen David Micheluzzi (17th) and Shae Wools Cobb (26th). From New Zealand. Daniel Hillier, (31st) makes his first appearance in the championship after picking up low amateur honours at the New Zealand Open in March.
The 2017 Asia-Pacific Amateur champion Lin Yuxin makes his links golf debut as he prepares to play in The 147th Open in July. Fresh from competing at the Masters Tournament in April, the 17-year-old Chinese left-handed talent overcame the best of the region at Royal Wellington in October to secure his place at Carnoustie.

An international field of 288 elite men’s amateur golfers will descend on the North East of Scotland later this month all possessing one aim – to lift The Amateur Championship trophy and with it secure a spot in The 147th Open at Carnoustie in July. 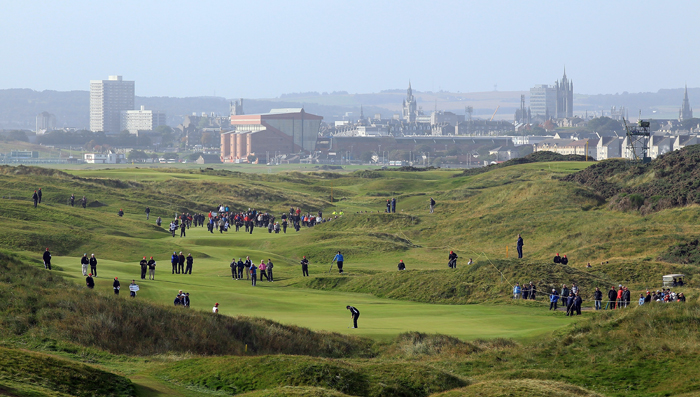 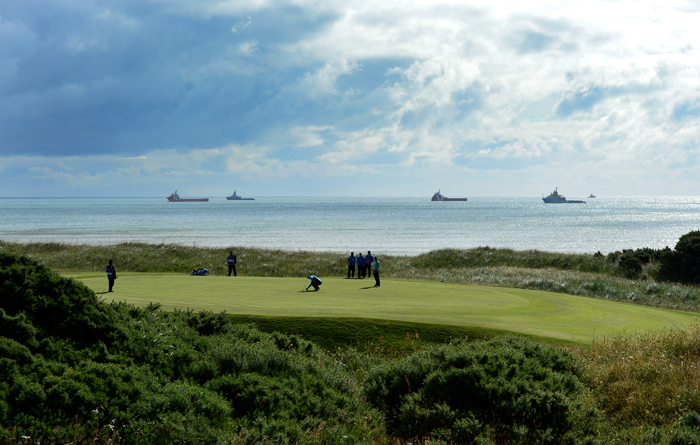