It’s not for everyone, but closing his eyes when putting seemed to work for New Zealand’s top amateur golfer Daniel Hillier in Scotland.

The two-time New Zealand amateur champion revealed the bizarre approach after securing his spot in the top-64 matchplay phase of The Amateur Championship at Royal Aberdeen on Wednesday (NZT).

After an opening round of 75, Hillier backed up with one-under-par 70 to finish four-over, in a tie for 25th in a stellar field of 288 golfers chasing direct entry to the British and US Opens, and US Masters.

Hillier, from Wellington, was two shots under the cut line which saw 77 golfers (the top-64 plus ties) move to the knockout rounds early on Thursday (NZT).

“I’ve been struggling with my putting a bit over the past six months, and we found that when I actually close my eyes over short putts I tend to roll it better, so I put that into play today and managed to hole a few coming in. It was a risk, but it worked,” Hillier said with a laugh.

It was a nervy finish for 19-year-old Hillier who hovered around the cutline until a pressure-easing birdie on the par-three 17th.

“It was probably one of the more stressful back nines I have had in a while, but to be able to say I’m in the top-64 is pretty exciting.”
Hillier was the only New Zealander to progress after Mark Hutson (76, 73) missed out by two shots and Luke Brown’s chances were sunk by an opening round of 84 which he backed up with a 69.

South African Wilco Nienaber, 18, was the star of the strokeplay, finishing top qualifier with a nine-under total after rounds of 66 and 67. 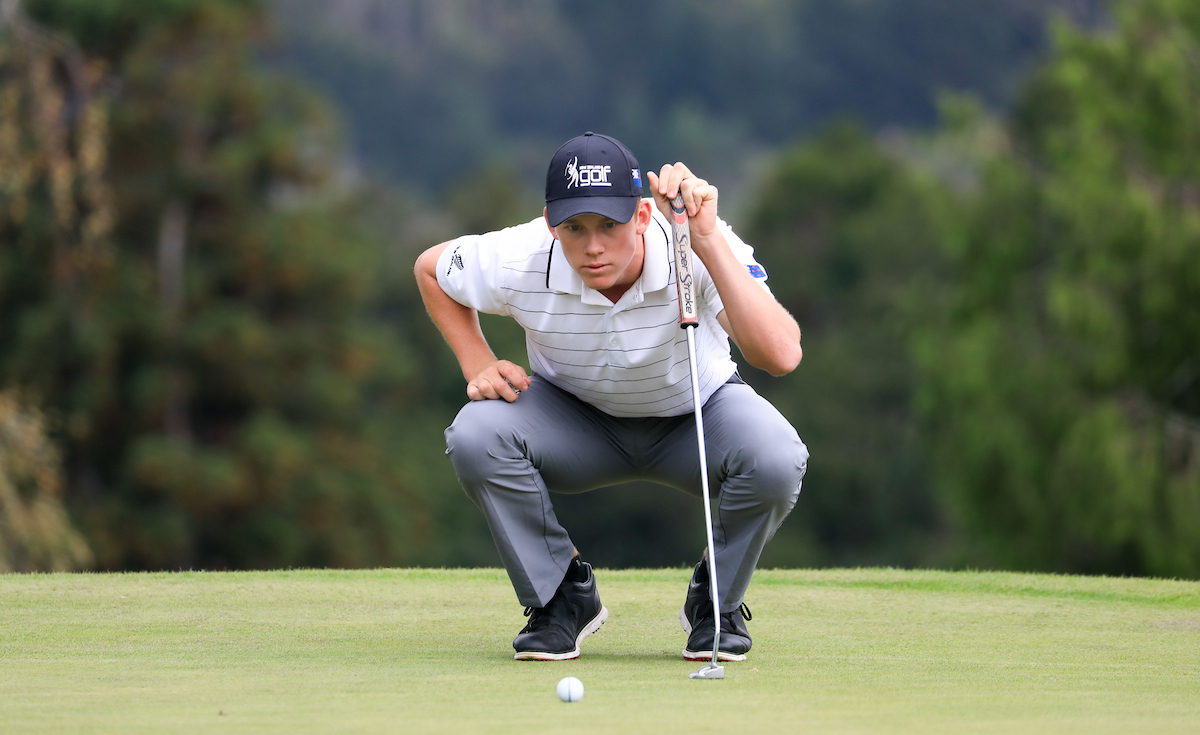 After a second round of 70, Daniel Hillier was the only New Zealander to reach the matchplay section at The Amateur Championship in Scotland.