New Zealand’s top amateur golfer Daniel Hillier has cracked the world’s top-25 and is eyeing the US Amateur before leading the Eisenhower Trophy lineup in September.

The 19-year-old from Wellington is back from a three-tournament stretch in Europe which saw him finish tied for seventh at the European Amateur in The Netherlands, and move up to a career high 25th in the rankings.

The men’s 72-hole strokeplay tournament runs from September 5-8 at Carton House in Maynooth.

Hillier now heads to the US to build up for the US Amateur Championship in late August, but is already looking forward to returning to the UK in September.

“I had never been to this side of the world, so to experience links golf in Scotland at the Amateur Championship was great and will hopefully help me to feel more comfortable in Ireland,” he said.

“I love representing New Zealand and it would be great for this team to join our 1992 team and have our name on the trophy as well.”

The women’s Espirito Santo team is headed by Washington State team-mates Wenyung Keh (Auckland) and Julianne Alvarez (Wellington), along with Canterbury’s Amelia Garvey from the University of Southern California.

Keh will be hoping to repeat her form from this year’s inaugural Women’s Asia Pacific Championship where she forced her way into a playoff, and rose to a career-high 79 in the world rankings.

Keh said: “College golf has set us up well for when we get to pull on the national colours. We play a lot of team golf over here in the States, with the highlight being winning the NCAA title with Julianne. We are both super excited to play for New Zealand again.” 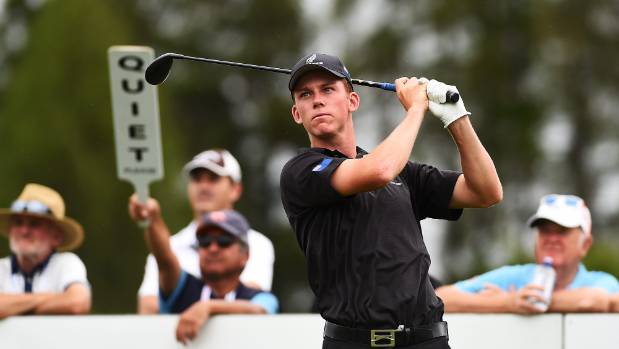