New Zealand’s leading amateur golfer Daniel Hillier is poised to crack the world’s top-20 and make a strong run at the prestigious US Amateur after another top-10 finish in a big tournament.

The 19-year-old from Wellington finished tied for seventh in The Players Amateur at Berkeley Hall Golf Club in South Carolina on Sunday (Monday NZT), after sitting third entering the final round.

Hillier was coming off a seventh-equal finish in last month’s European Amateur in the Netherlands which saw his world ranking jump to a career-best 23rd.

After flying out of the blocks at Berkeley Hall with rounds of 65 and 67, Hillier closed with 72 and 71 to finish nine-under for the tournament, seven shots behind the winner John Augenstein.

Hillier’s big target on this trip is the 118th US Amateur at Pebble Beach from August 13-18, which will feature a stellar field of 43 of the world’s top-50 men’s amateur players.

He will be looking to emulate New Zealand’s Danny Lee who won in 2008. 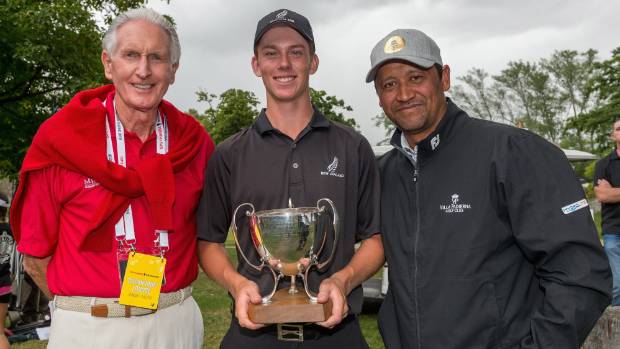