Daniel Hillier feels significantly better equipped to tackle a major than he did a couple of years ago at the US Open.

The Wellington golfer admits he was overwhelmed by the occasion, and let the atmosphere at Pebble Beach get the better of him, but is confident there won’t be a repeat at this week’s Open Championship.

So, fresh from warming up by shooting a practice round at Royal St George’s in Kent with fellow Kiwi Ryan Fox, Hillier declared himself good to go ahead of his second major.

“We were playing with [Americans] Rickie Fowler and Daniel Berger, which was pretty cool. It was good to see how they went about their business.

“We even had a little bit of a best ball match going on down the back nine. It was nice to have some friendly competition to get us into tournament mode.”

Hillier is grouped with Australian Matt Jones and German Marcel Siem, and will tee off at 1.37am on Friday (NZT), while Fox will get his 11th major underway at 12.04 a.m, having last week admitted he’d prefer a major win over an Olympic gold medal.

The 22-year-old, who qualified for the 149th Open Championship with a one-stroke win in a qualifying tournament in Nottinghamshire last month, missed the cut at the US Open as an amateur in 2019.

“There’s an element of that,” Hillier said when asked if he needed to treat it like any other tournament.

“But, at the same time, you’ve got to acknowledge it is a major championship and there’s going to be a different atmosphere to it, there’s a lot more people, a lot more rowdiness. And just talking about that now, it doesn’t scare me, which is cool.”

Indeed, when he stands on the tee block on Friday morning, it will be something entirely different from what he’s accustomed to on the Challenge Tour, the second-tier men’s professional golf tour in Europe.

Hillier, who recently took a week off and travelled to Kiwi 2005 US Open winner Michael Campbell’s golf academy in Spain, has spent the past couple of months in Europe, recording a best finish of T9 in eight starts on the Challenge Tour.

With no status in Europe in the bag, and two more invites on the Challenge Tour remaining, it goes without saying he has to make the most of every opportunity he gets.

“If I make another cut, and play half decent over the weekend, I’ll be able to hang around for the rest of the season and make the most of unlimited invitations the rest of the year,” Hillier said.

“That will be the best way for me to try and get a card over here in Europe. If I manage to sneak into the top 20 on the rankings there, I will be able to go one step further there and get a European Tour card, that will be what my sights are set on over the next few months.”

Few would bet against Hillier, who has already shown immense resolve to overcome a challenging start to his pro career due to the pandemic, which essentially wrote off last year by limiting him to a handful of tournaments.

No wonder, having just rubbed shoulders with a couple of gun Americans during his practice round, he used the word “grateful” ahead of what’s sure to be another test of character.

“A few blind tee shots, a few blind approaches into the greens, and the greens are petty tricky as well. It’s definitely a good test, but I feel like I’ve prepared well, and I’ve got a game plan I know I can commit to out there.

“I absolutely love it [links golf], it’s going to be probably the best test of links golf you’ll ever get, so I can’t wait to get into it.” 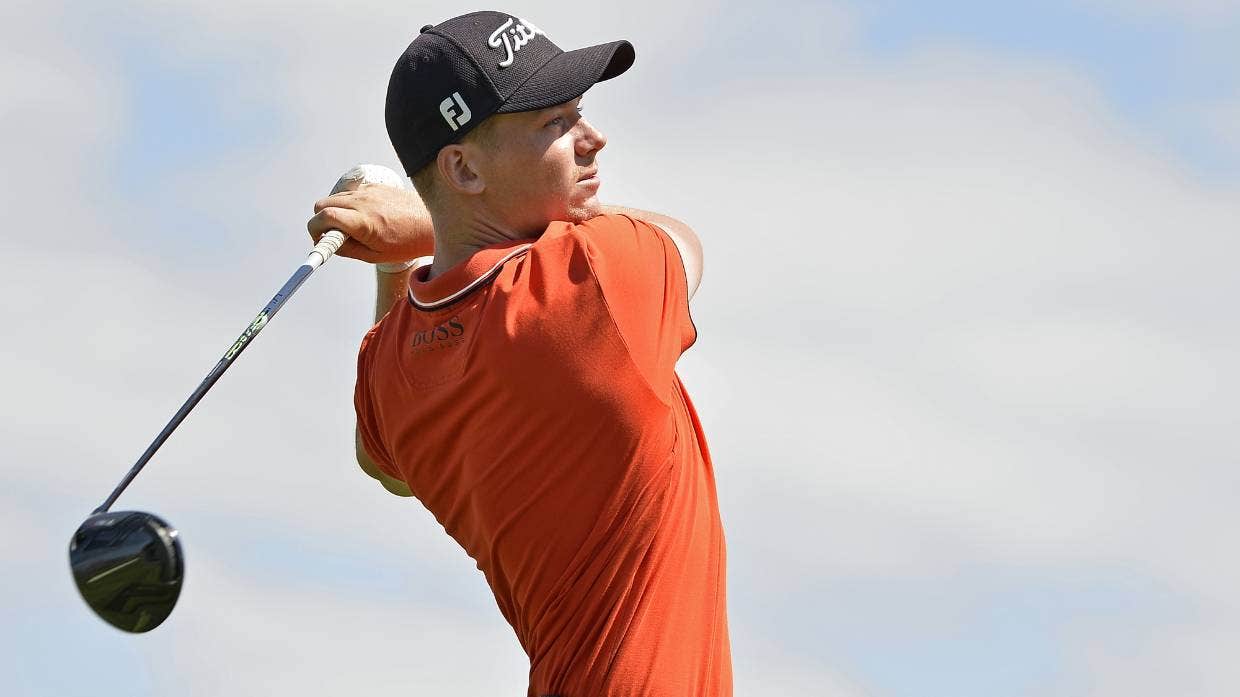