New Zealand’s Daniel Hillier holed out for eagle from 150m and a few hours later stood with the US Amateur leading qualifier medal around his neck after a scarcely believable two days on the California coast.

The 20-year-old from Wellington continued to set the pace as co-leader after 36 holes to move a step closer to his dream of direct entry to all four majors next year.

Hillier carded a two-under-par second round of 70 at Spyglass Hill to be six-under and tied with American Cole Hammer, with just 18 of the massive field of 312 shooting under par. It ensured Hillier progressed with a high seeding to the final 64 to contest the match play starting on Thursday (NZT), as he bids to become the second New Zealander after Danny Lee in 2008 to hoist the prized trophy in amateur golf.

Ranked 27th in the world, Hillier made a flying start on the famed Pebble Beach course with a four-under opening round of 67 to lead after day one. He looked like slipping down the leader board on day two starting at the 10th at Spyglass Hill, with bogeys on 12, 13 and 14 before a birdie at 17. But he finished strongly with birdies on the first and second holes, before an eagle two on the 358m fourth to reclaim his place at the top.

“I hit it exactly how I wanted to and saw it land, and then everyone was cheering. I thought, Ah, not again. I’ve had another one. So it was a pretty awesome moment. I’ll remember that for a while.”

The pressure ramps up a notch from here in the knockout rounds but Hillier’s form showed he could challenge for the title which carries exemptions into next years US Masters, US and British Opens and US PGA Championship.

“Yeah, I feel really good about match play. I’ve played it quite a bit back home with the New Zealand Amateur as back home this is also a stroke play/match play format. Yeah, it’s quite familiar. I’m looking forward to getting into those and seeing if I can get through to the end of it.

“I came off some pretty good finishes over the last few tournaments in the US I was in a pretty good space. I knew if I just kept to what I knew and put the ball in the right spots I was going to have a good chance of being up near the top.”

Hillier’s first opponent in the round of 64 on Thursday (NZT) won’t be known until the morning playoffs. 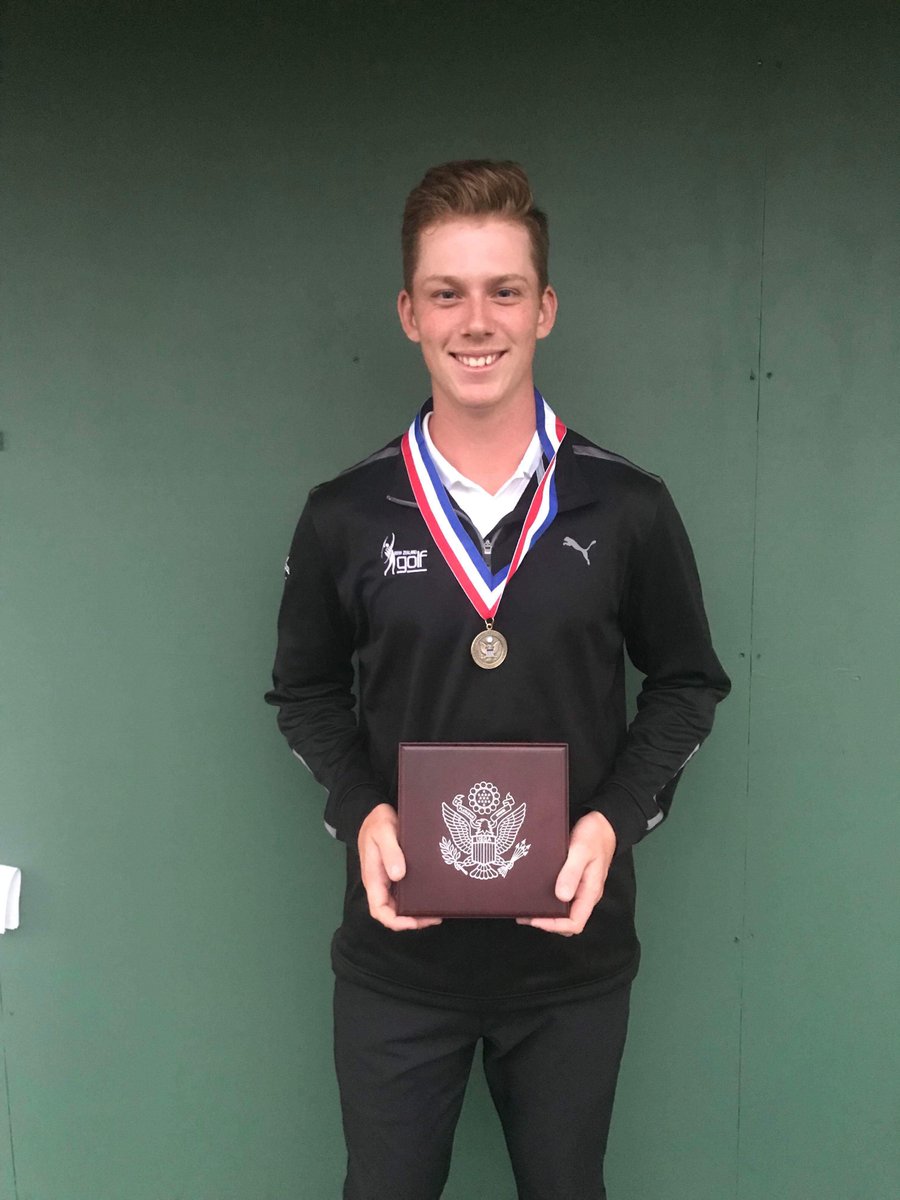 All smiles as Daniel Hillier claims the leading qualifier medal which he shares with Cole Hammer after finishing -6 par for his two rounds.