First win as a pro golfer for Hillier at Paraparaumu

First win as a pro golfer for Hillier at Paraparaumu

Daniel Hillier, 21, achieved his maiden win as a professional in the Tommy’s Real Estate Pro Am at Paraparaumu Beach Golf Club last week.

After a shaky start where he recorded two bogies in the opening five holes, he quickly turned things around birdieing four of the next five holes with a further two birdies rounding out an impressive 4 under par 67 to finish in front of Gareth Paddison (69) and Kieran Muir and Dan Pearce (71).

Coached by Kapiti’s Kevin Smith, Hillier praised the Paraparaumu Beach layout which he said had been integral to preparing him over the years to take his game to the next level and to compete in tournaments worldwide.

“I remember watching Dan win here as a kid and I am still not sure what impressed me more, his 2 under that day or his speech afterwards where he displayed such maturity, manners and impeccable character for someone so young.”

“I know Dan has a big career in front of him and I am sure many more victories, so it is nice that his first one as a professional was achieved here on our links.”

“His victory was a nice segue to a story that commenced back in 2013 at the same course when as a 14-year-old novice, he shot a 2 under par 69 in the clubs junior open to blitz that year’s field, an amazing feat for someone so young.”

Dan was crowned the New Zealand amateur champion twice and then, while still in the amateur ranks, gained qualification to play against the world’s best golfers at the US Open.

Barber said the pro am, in its 12th year, had been oversubscribed and praised the support of the local community both in participation and valuable sponsorship.

“We really wish to thank all those who have so generously supported this event, particularly this year’s naming rights sponsor, Tommy’s Real Estate.”

A teams event that pairs professionals with three amateurs, the Wellington Electrical Services team of Leigh Woodcock, Andrew Smith, Brock Shute and professional Chang Gi Lee claimed the top honours and despite individual amateur scores not counting, the low round was 2 under 69 shot by 15-year-old local, Harry Ward. 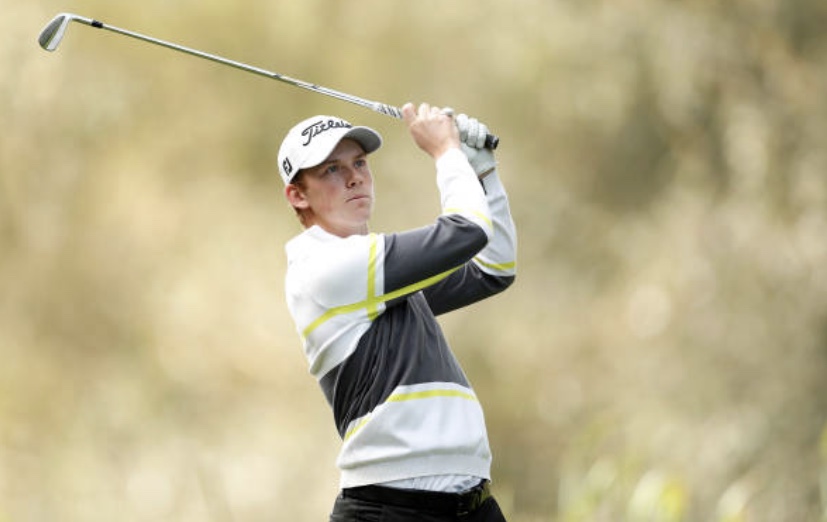