James Anstiss has played a round to remember at the Autex Muriwai Open to claim his second Jennian Homes Charles Tour title by two-shots over New Zealand’s number one amateur, Daniel Hillier.

His round of seven-under 65 was a final round that many golfers dream of as he made five birdies in six holes late in the back nine to romp home. This included a monster 40-foot put on the 17th hole to pull away from the field.

After losing in a playoff to Gareth Paddison last year, it made this one all the more special for Anstiss who has featured in the final group in the last three tournaments, proving his consistency at this level and finally getting one over the links specialist in Paddison.

“That’s what you dream of when you come from behind, I think I started from six back, so to be able to put pressure on Paddo and shoot that low is a great feeling,” beamed the new champion.

The Queenstown golfer has now won two of the last three Jennian Homes Charles Tour events as he continues his rise in the professional ranks.

“Things are going well, I’ve been playing well over the last 18 months and to win two of the last three events is pleasing and I’m just stoked to do it here at Muriwai.”

Wellington’s Daniel Hillier found his fire today to make four early birdies and apply pressure on overnight leader Gareth Paddison who had looked unstoppable in holding the 54 hole lead. Hillier was able to complete a round of five-under 67 to finish outright second and as the leading amateur.

Asahi always play their part during the week and the 52 dozen Asahi prize for lowest round of the tournament will be shared between Josh Geary, Harry Bateman and the man of the moment James Anstiss who now has a large amount of product to celebrate with.

Along with a cellar full of pints, Bateman’s round of seven-under helped him into a share of third place alongside Gareth Paddison.

Brittney Dryland has followed in Anstiss’s footsteps by also completing a superb comeback in the women’s field as well as claiming her second title on the Jennian Homes Charles Tour.

In challenging links golf conditions, Dryland’s experience helped her complete the fightback which all started with a clinical birdie on the second hole to close the gap over fellow Aucklander Caryn Khoo.

Another wave of birdies at the start of the back nine meant that Dryland was able to take a few extra strokes on the final hole before engraving her name on another national title and finish two-shots clear of Danika Lee who shot the best round of the day in one-under par.

“It’s an amazing feeling to win, I love playing out here and it’s one of the best courses in the country,” said an excited Dryland.

“It’s been tough conditions all week, so to be able to fight through and get the result was awesome and it was great have Jacques on the bag to guide me through it as well.”

The Jennian Homes Charles Tour will now take a break over winter and resume at the Harewood Open in October. 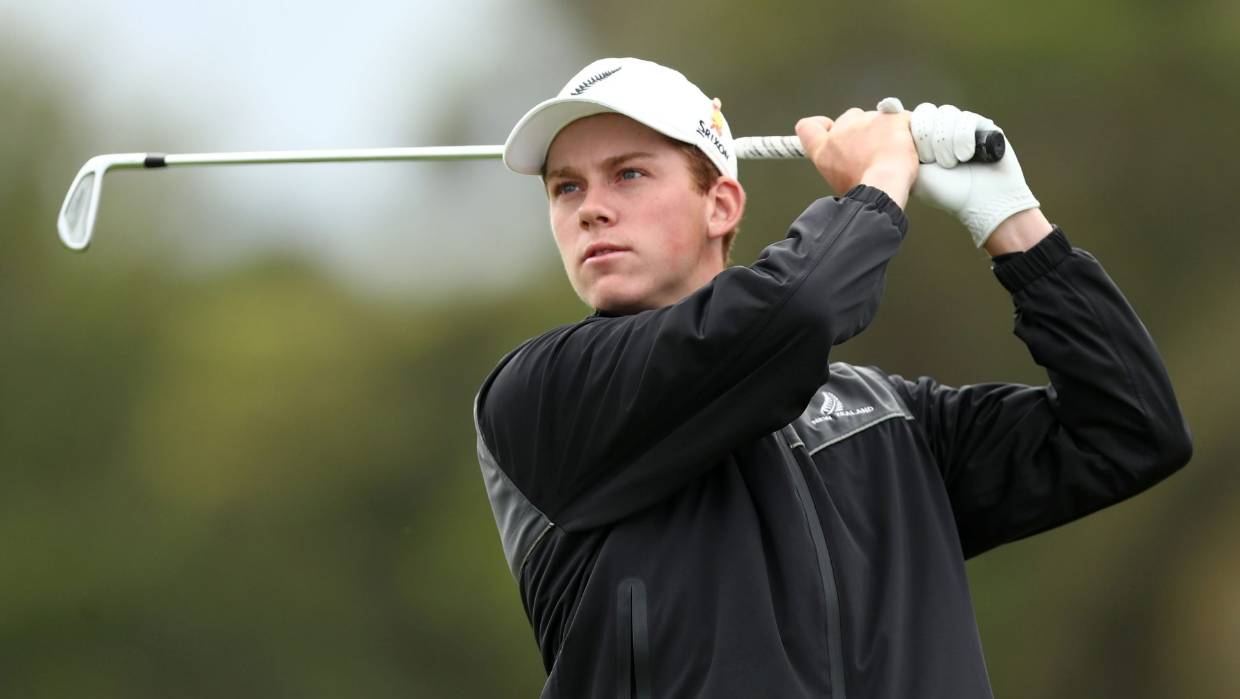 Daniel Hillier was top amateur and 2nd overall at the 2019 Autex Muriwai Open.