Waitangi weekend appeared to spark the Kiwi’s abroad into some formidable form on their respective tours around the globe.

James Anstiss came agonisingly close to securing the biggest win of his young career at the Victorian PGA Championship in Australia, played at Moonah Links Resort.

The multi-time Jennian Homes Charles Tour champion was in the thick of things after rounds of 67, 68, and 63 to be 18-under through three rounds and hold a one-shot lead.

Anstiss began the final round with pars at the opening two holes before getting into his work with birdies at the third and fourth. He made a bogey at the fifth and another at the ninth to make the turn at even-par and be in a share of the lead with nine holes to play.

The tournament was seemingly anyone’s for the majority of the back nine and Anstiss fell behind after a bogey at the 13th. He got that shot right back at the 15th and made pars at the 16th and 17th holes to stand on the 18th tee needing an eagle to force a playoff with Christopher Wood who got into the clubhouse at 20-under.

Unfortunately, Anstiss came up just shy making a birdie at the final hole to fall one shot short of his maiden PGA Australia title.

The share of second place is his best result on the tour.

Also finding themselves in contention were Michael Hendry and Daniel Hillier who were just four shots back of their countryman going into the final day.

Hendry carded rounds of 65, 70, and 67 to be 14-under par and within striking distance of Anstiss but would need a fast start to put pressure on the leading groups behind him.

He opened with seven pars with a birdie and a bogey to make the turn at even-par.

Hendry would then make a bogey at the 14th to fall to one-over par and seemingly out of contention for the title. He finished with three birdies in his final four holes to card a final round of two-under 70 and finish in a share of fifth.

Meanwhile Hillier also found himself in the mix following rounds of 66, 69, and 67 to be tied with Hendry.

Although there were plenty of birdies on his scorecard in the final round, he mixed in five bogeys and could only manage a final round of even-par and would finish in a tie for eighth and 14-under.

All three will tee it up today at the Moonah Links PGA Classic held at the same venue.

On the European Tour, Ryan Fox also found himself in contention at the Saudi International and was in the lead after two rounds of 65.

The big-hitting Kiwi played alongside world number one Dustin Johnson on moving day but unfortunately fell a couple of spots down the leaderboard following a round of 71 while Johnson took control of the event.

Fox shot a final round of 68 to finish at 11-under for the tournament in a tie for sixth.

Meanwhile Danny Lee missed the cut at the Waste Management Phoenix Open on the PGA Tour. 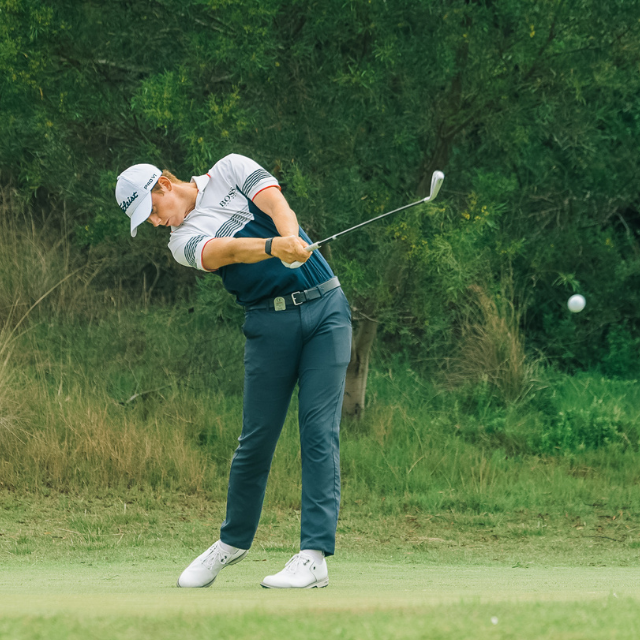 Waitangi weekend appeared to spark the Kiwi’s abroad into some formidable form on their respective tours around the globe.