New Zealand have completed their amazing week at the World Amateur Team Championships to finish in fourth place overnight, with Denmark claiming their maiden Eisenhower Trophy victory in Ireland.

It was another solid night for the team of Daniel Hillier, Denzel Ieremia and Kerry Mountcastle but still ended the week four shots behind Denmark who had an incredible final round of 13-under combined and a tournament total of 39-under.

New Zealand finished with a final score of 545 – four shots behind winners Denmark (541) . Denmark were four shots behind New Zealand heading into the final round. The United States picked up the silver medal with (542) at 38 under and Spain claimed bronze with (544) at 36 under.

The New Zealanders combined total of five-under par today and 35-under par total wasn’t enough to remain at the top with Hiller’s three-under and Mountcastle’s two-under the best of three scores that counted today.

Hillier, who has enjoyed a superb run of form while travelling the world, has ended the week as our top Kiwi and finished in a tie for third in the individual standings. With rounds of 69, 65, 69 and 70 for a four-round score of 17 under, he was six shots off individual honours claimed by Spain’s Alejandro Del Rey.

Hilliers efforts at the Amateur Championship in Scotland, the US Amateur at Pebble Beach and now the Eisenhower Trophy prove why he is ranked 26th in the world.

Ieremia ended a memorable week with a forgettable final round of three-over, but will take a huge amount of confidence from Ireland after leading the individual standings through 54-holes and guiding his team into contention.

He now travels back to Iowa State University while the rest of the New Zealand squad return home to rest and start turning their attention to the Asia-Pacific Amateur Championship in Singapore at the start of October, where the winner receives invitations to the 148th Open Championship and The Masters Tournament. 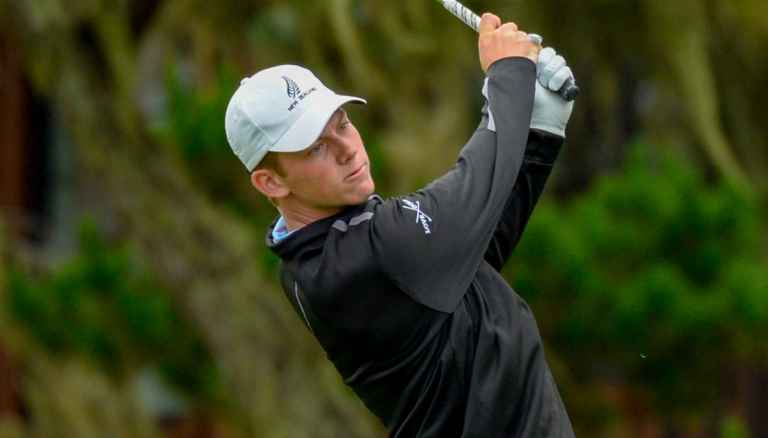 New Zealand’s Daniel Hillier was tied as the third-best individual at the Eisenhower Trophy.