New Zealand’s Denzel Ieremia had a six-under 66 on day two to help his country take the Eisenhower Trophy lead.

Daniel Hillier and Denzel Ieremia blazed their way around Ireland’s Carton House Golf Club for a combined 13-under to launch New Zealand to the lead after the second round of the Eisenhower Trophy world amateur men’s teams tournament.

Fifth after the opening round, New Zealand’s three-man team of Hillier, Ieremia and Kerry Mountcastle had a dream second day to lead the 72-team tournament by one shot from Thailand, Ireland and Denmark, with fifth-placed Canada another shot back.

Hillier’s hot streak in 2018 continued, with the world No 26 carding a second round of seven-under 65 at the Montgomerie course to be 11-under for the tournament.

New Zealand’s only win in the biggest amateur teams tournament was in 1992 when Michael Campbell, Stephen Scahill, Phil Tataurangi and Grant Moorhead lifted the trophy in Vancouver, Canada.

Hillier said: “I’m pretty shaken to be honest. It was an awesome day. I didn’t have any idea what the boys were doing in front of me but every time I looked they had their heads high and it really helped me kick on. It was a great team effort.”

Waikato’s Ieremia, based at Iowa State University, was a happy man after a long day. “I’m feeling good but I’m a little bit hungry. It was a fun day. It was cool looking back and seeing the guys in good spirits the whole way around. I couldn’t tell if they were playing good or bad which is always a good thing. I just played solid golf and holed a few putts coming in,” Ieremia said.

Mountcastle, from Wairarapa, had a four-over second round of 76 for the non-counting score after an even-par first day.
“It’s pretty special for the team to be leading. It’s a massive tournament and something we have only won once. For me personally I haven’t scored well but to have these two playing as they are it builds a lot of confidence in me to know I can just go out there and keep playing and wait for that round to turn up.” 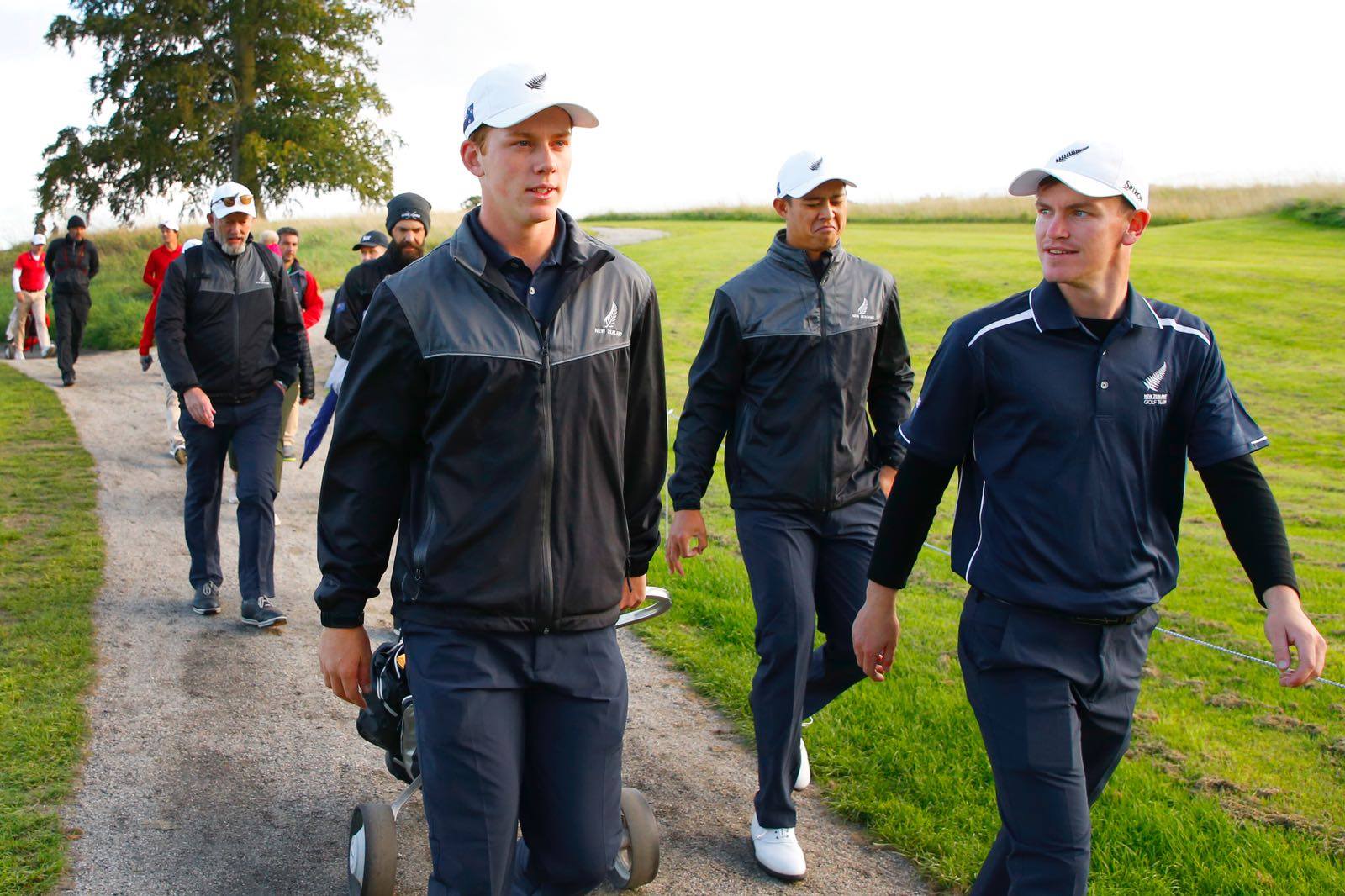 The New Zealand team after finishing Round 2 of the Eisenhower Trophy in Ireland.