The Western Amateur is the summer event most often put in the same sentence with the U.S. Amateur when it comes to strength of the field. It’s one of the best ways to see how a player stacks up against the game’s elite. The timing is good because the U.S. Amateur will be played just a week after the conclusion of the Western. The point is, this is the time of the summer to peak.

This year’s event will be played July 29-Aug. 3 at Point O’Woods Golf and Country Club in Benton Harbor, Mich. The format is grueling: 18 holes of stroke play each of the first two days, then a 36-hole stroke-play day followed by two double-round match-play days to decide the champion.

Complete pairings and tee times for the first two rounds of stroke play can be found here. Wondering which groups to focus on? We have a few viewing tips:

Hail to the winners. Hammer is the defending champion this week, and with his match-play record, a title defense is totally within the realm of possibilities. Yu notably won the Australian Master of the Amateurs to start the year and Salinda won the 2018 Pacific Coast Amateur (plus an NCAA regional and the Western Intercollegiate). Yu and Hammer are the Nos. 1 and 2 ranked players in the Golfweek/AmateurGolf.com Rankings, respectively. There will be some birdies in this group.

Strong group of veterans here. Augenstein, the 2018 Players Amateur champ, and Eckroat, a U.S. Open qualifier, will occupy leadership roles for Vanderbilt and Oklahoma State, respectively, this season. Hillier co-medaled at the U.S. Amateur last year. Four of the New Zealander’s last five starts have been in pro events, including the U.S. Open.

Call this the Walker Cup hopeful squad. Each of these three college graduates has remained amateur for the summer, and each has been in the conversation for selection to the U.S. squad. Fisk, the Georgia Southern graduate, seems to have the best shot considering his six-win college season and runner-up finish at the NCAA Championship. The other two probably need a deep run at the Western to strengthen their case.

Impressive resumes abound in this group and as such, all three players are ranked inside the top 25 in the Golfweek/AmateurGolf.com Rankings. Ralston is the Players Amateur champ and Jones was a semifinalist at the British Amateur (he’s one of the top Europeans in the Western Amateur field). Kuest won five times in his junior season at BYU this past year.

Three understated players here, and three strong sleeper picks. Wetterich, who recently finished his eligibility at Ohio State, has teed it up nearly every week this summer with his best finish a fourth at the Dogwood Invitational. Blake Collyer is one of the top Aussies traveling the U.S. this summer (he won the W.E. Cole Cotton States last summer and generally excels at match play). Meissner, the SMU junior, is generally always a quiet contender. After missing the cut at last year’s Western, he played his way to the third round of U.S. Amateur match play two weeks later.

Micheluzzi is the highest-ranked Australian in AmateurGolf.com’s rankings at No. 4. Cummins is coming off a win at the Pacific Coast Amateur and Pak is the ultimate contender, having finished in the top 15 in three previous summer amateur starts.

Two of these three men are understated match-play studs. Sisk, an upcoming sophomore at Arizona State, advanced to the quarterfinals in his last two events, the British Amateur and the California Amateur. Gana, the former Latin America Amateur champion from Chile, has been part of the NCAA Division II championship-winning Lynn team each of the past two years, compiling a 4-2 record in medal match play. Dumont de Chassart, from Belgium, won two individual titles for Illinois this year, including the Big Ten Championship.

Get to know these names. Vick could be a major contributor to an already strong Texas team when he joins the roster as a freshman this fall. Summerhays is officially a can’t-miss kid after winning the U.S. Junior last week. As for Fernande de Oliveira, this week will be about whether the Argentine’s success can translate from his home country to Michigan.

ABOUT THE WESTERN AMATEUR

Invitational event, known to many as the ‘Masters of Amateur Golf.’ Quite probably the hardest amateur tournament to win.

156 invited players come from across the globe to play one of the toughest formats in amateur golf. The tournament starts with 18 holes of stroke play on Tuesday and Wednesday after which the field is cut to the low 44 scores and ties. Thursday it’s a long day of 36 holes of stroke play to determine the “Sweet Sixteen” who compete at Match Play on Friday and Saturday (two matches each day if you’re going to the finals) to decide the champion. 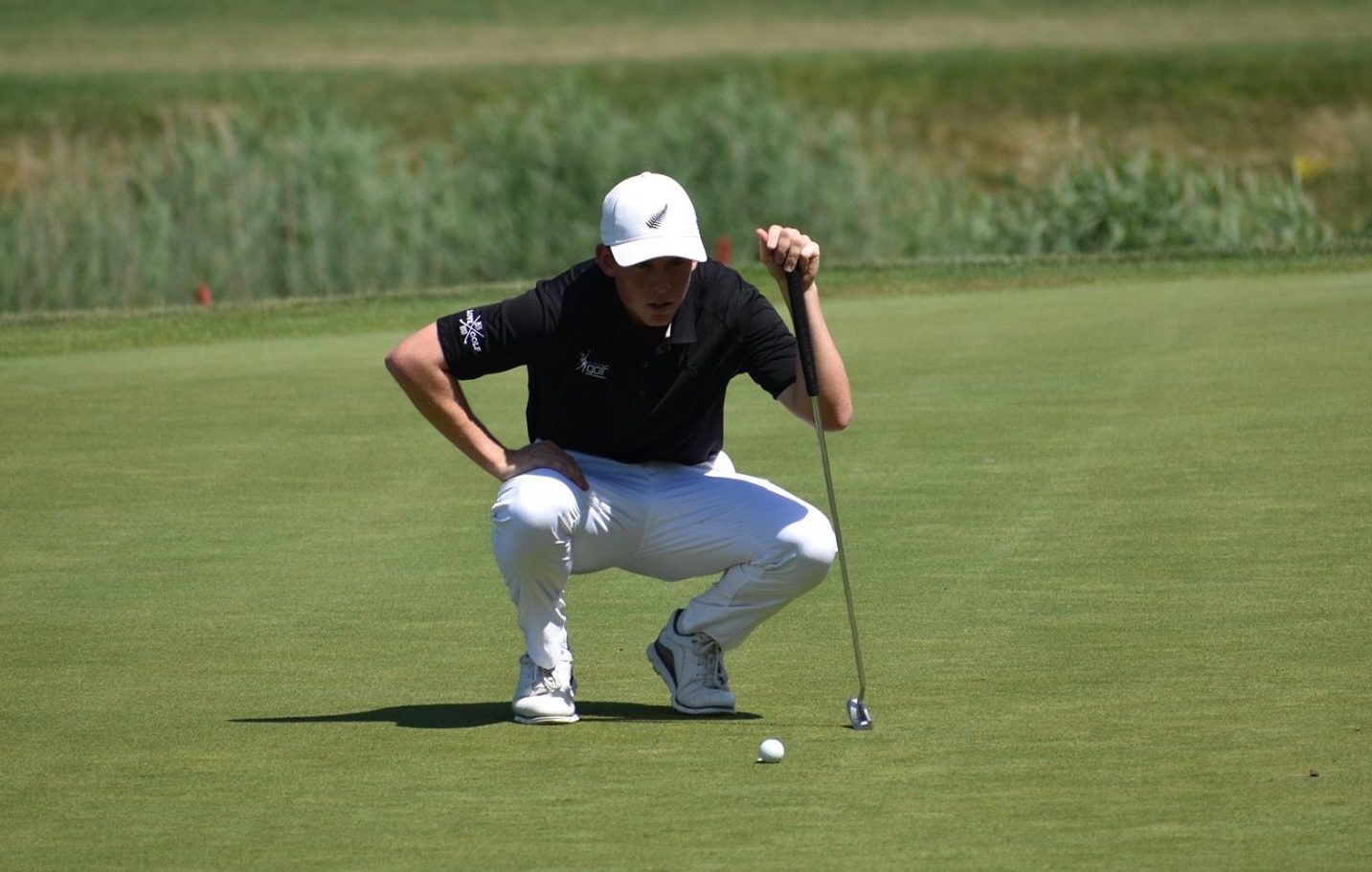 Daniel Hillier crouches over a putt at the European Amateur, 2019.